Testing is crucial for the growth of any business. It has been proven over & over again that testing is correlated with exponential growth.

However, most companies that have acknowledged that, still run into a lot of problems when it comes to testing & often end up frustrated, because they don’t see the growth that they had expected…

The reason for this? Their testing process & methodology is flawed which inevitably sets all their tests up for failure.

The reason why you want to run tests for your business is not because of testing’s sake, but to know more about your customer & thoroughly understand what they want to engage with.

Yes, testing is important, but you first need to make sure that you have implemented a process that lets you gather learnings from your tests, so you can make data-backed decisions for your company and project, because this is what ultimately distinguishes a great from a good company: data-backed decision-making.

At first glance, starting to test more within your business, project or campaign might sound like the simplest thing to do, right?
Just launch a variant to your control and see how it performs and if it outperforms your control variant, then you will just go with that variant from then on… well, it’s not that easy.

This is the best possible scenario, but still what have you then learnt from this test? Why is your customer more likely to engage with your variant then with your control? And why hasn’t the control performed better? What could be the reason for this?

As you can see there are a lot of questions left unanswered and although you might be off with a slightly better performing landing page or Facebook ad creative, you don’t know how you can drill down on that & build off of your successes.

So, let’s talk about the most common mistakes when it comes to testing:

Scenario 2: You spend $100 on creative B, which generated 200 clicks with a CTR of 5% and 5 sales, resulting in a 5x Return-On-Ad-Spend (ROAS).
Although the performance metrics for “Creative B” look a lot better, the sample size is a lot smaller, meaning the probability that those metrics will decrease significantly & be more volatile is a lot higher.

With that in mind you always want to put your testing results into perspective to the particular sample size, but keep in mind that you can never have a 100% statistical significance, since you can never be 100% sure that “Variant A” will outperform “Variant B” forever.

This testing cycle is pretty much how the whole life from a good marketer or business owner looks like: Analyse your data → form hypothesis based off of this data set that could have caused your data to “behave” like that → Prioritize your hypothesis or “problems” & putting them into perspective with the possible impact they have on your current situation or operations → run tests to see how your consumer behave & then do the whole cycle all over again. This essentially is how you make data-backed decisions…

However, what step of those four is the most important one?

Obviously, the cycle does not work if one step is just neglected, so to a certain extent all steps are equally important, but the second step: forming your hypothesis is particularly important in my opinion.

This step puts your data into perspective & makes certain assumptions based on this data that could be the root factor for why your marketing campaign, website or email automation performs like this.

Additionally to that you also form the cornerstone for the coming steps of your testing cycle, since this will also determine the prioritization of this hypothesis and ultimately what you will do to test this and the metrics that you will take into consideration.

So, make sure that you form your hypothesis correctly and accurately that gets everyone aligned. It describes a problem, a proposed solution and predicts an outcome

An example of a hypothesis would be as follows: “We have a below average CTR on our creative A, when we emphasise our CTA-button and the benefit at the end of our video, then we will see an increase in CTR.”

It’s easier to express your theory in an action/consequence format.

I’ve inserted a link to understand more about creative testing and what you should look out for Here.

Testing is important for the growth of your eCommerce business. Obviously, every test is better than no test. You should always be testing, however, I’ve noticed that companies that realize the importance of testing, quickly become overwhelmed with running too many tests.

Both scenarios you rather want to avoid when it comes to testing, therefore, I always encourage everyone and also every account that we manage at VictoryMedia to start conservatively and plan out your testings properly and rather run one test less than one test too many, so you can gather your learnings properly.

Testing sometimes is similar to an exponential equation, by stacking up your small wins from time to time in the beginning this will lead to enormous wins further down the line. 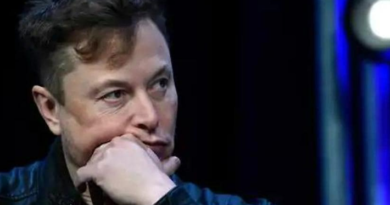 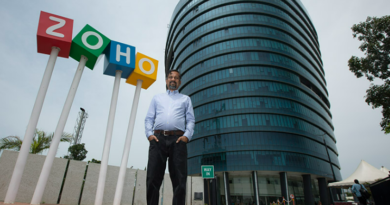 Martin Eberhard Net Worth (2022)|What Is He Doing Now?